Don't Give Your Life 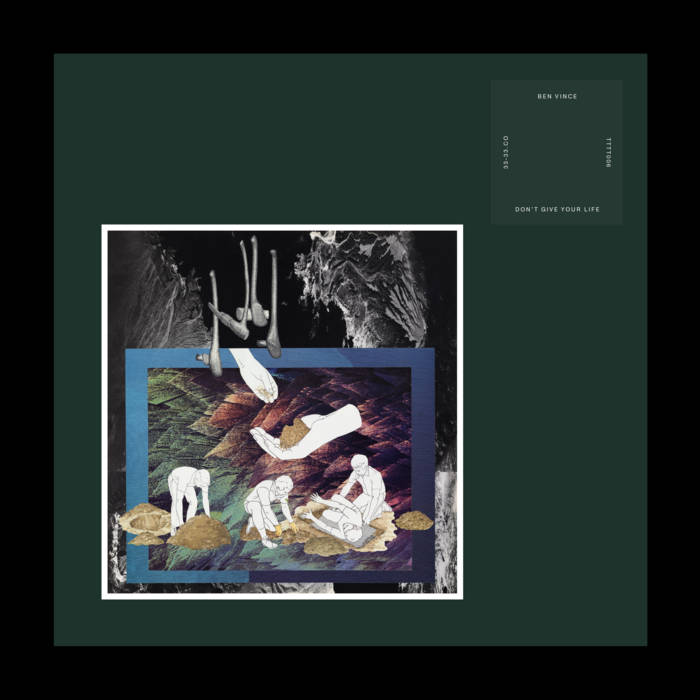 Following on from last year’s rapturously received Assimilation, London-based saxophonist, improviser and producer Ben Vince returns with Don't Give Your Life. Over the last few years, Vince’s solo saxophone and electronics performances, along with his work in the clattering post-punk troupe, Housewives, have helped him quickly establish a considerable reputation among those in the know.

Where his first releases under his name honed in on his meditatively layered and looped saxophone lines – placing him in a lineage beginning with the Time Lag Accumulator works of Terry Riley and stretching into the icy expanses of John Surman’s 1980s recordings and the hypnotic riffing of Gilbert Artman’s Urban Sax – Assimilation saw Vince branching out to work with high-profile collaborators such as Micachu and demonstrating his deep love of the outer reaches of club music (also evident on last year’s collaborative 12” with UK bass music bigwig Joy Orbison).

Don't Give Your Life is the strongest work yet from an artist whose work demonstrates a risk-taking, omnivorous appetite for the new while also digging deeper and deeper into a unique sonic sensibility.

Recorded predominantly at PRAH Studios, courtesy of the PRAH Foundation

Produced by Ben Vince, except 'Resolve', which was produced by Rupert Clervaux

Thirty Three Thirty Three (33-33) is a co-operative founded in 2016 to promote exploratory and experimental music and arts around the globe, engaging with the rapidly changing social and material conditions of contemporary culture.

Bandcamp Daily  your guide to the world of Bandcamp